Playwright, actor and professor Anna Deavere Smith uses her singular brand of theatre to highlight issues of community, character, and diversity in America. Newsweek declared her “the most exciting individual in American theatre," and The MacArthur Foundation honored Smith with a Genius Fellowship for creating “a new form of theatre — a blend of theatrical art, social commentary, journalism, and intimate reverie.”

Best known for crafting one-woman, multi-character plays about American social issues, Smith has earned much recognition for her contributions to theatre. In 2013, Smith received the Dorothy and Lillian Gish Prize, one of the most prestigious awards in the arts, as well as the National Humanities Medal. Her play, Fires in the Mirror, about the 1991 Crown Heights riot, was a runner-up for the Pulitzer Prize and took home Obie and Drama Desk awards. Twilight: Los Angeles 1992 won Drama Desk and Obie awards and received two Tony Award nominations. Smith’s 2009 play, Let Me Down Easy, which examines health care and the resilience and vulnerability of the human body, was aired on the PBS program "Great Performances" in 2012.

Smith is also an actress and has appeared in a number of television shows including Showtime’s Nurse Jackie, The West Wing, Black-ish, and Madame Secretary. She has appeared in films including Rachel Getting Married, Philadelphia, and The American President.

In addition to writing and acting, Smith is active in the arts community, as well as a social justice activist and dedicated professor. At Harvard in 1997, Smith founded ADS Works. Now part of the Aspen Institute, for which Smith is a member of the Board of Trustees, ADS Works “cultivates artistic excellence that embraces the social issues of the day.”

For her contribution to advancing civil rights, Smith won the 2006 Fletcher Foundation Fellowship and has earned two NAACP Theatre Awards. She has also won a Matrix Award from New York Women In Communications, a Fellow Award in Theatre Arts from United States Artists, and the United Solo Theatre Festival’s inaugural Award.

Smith is a University Professor at NYU's Tisch School of the Arts and is affiliated with the NYU School of Law.

Smith is currently writing a play about education in the United States. She delivered the prestigious 2015 Jefferson Lecture in the Humanities. 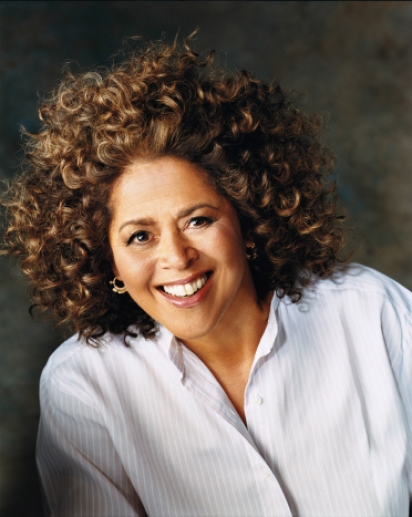