Atifete Jahjaga is a politician who was the first female president of Kosovo and fourth in the world. She was also the youngest female head of state to ever serve in that role. Before her time in office, the Kosovo presidency had not been open to all political parties and liked by citizens. But Jahjaga worked to make the Office of the President more transparent, non-partisan, and trusted by all citizens.

Jahjaga is known for her pragmatism, respect for the law, conscientious spending, and care for her people. In fact, the Anti-Corruption Agency highlighted her cabinet as the example that all public officials should follow for their high degrees of transparency and accountability. During her time in office, Jahjaga also strengthened democracy in Kosovo and worked to change and improve Kosovo’s reputation abroad. By building bridges with other nations and focusing on cooperation, Jahjaga has given Kosovo a voice in international debates.

Jahjaga has also performed admirably regarding immigration and terrorism. During the current refugee crisis, she traveled to affected areas, met with citizens, and listened to their concerns. For her tactics and personal investment in addressing the refugee crisis, Jahjaga has been praised and applauded by many officials all across Europe. Regarding terrorism, Jahjaga has also had success in making Kosovo safe and preventing its citizens from joining extremist groups in the Middle East. Because of her work and success against terrorism, President Barack Obama invited President Jahjaga to the UN Security Council session in September 2014, which focused on combating violent extremism.

Jahjaga has been a longtime advocate of the advancement of women’s rights and of female empowerment in Kosovo and around the world. In 2012, she hosted the International Women’s Summit, “Partnership for Change—Empowering Women,” which provided opportunities for women from all over the world to discuss the advancement of female empowerment. In 2012, Jahjaga joined the Council of Women World Leaders. She actively participates in global conferences and movements that work to advocate for women’s equality and a stronger role for women in society.

In addition to the global recognition she has received for her work, President Jahjaga has also received honorary degrees from the University of Durham and the University of Leicester as well as a Leadership in Public Service Award from the Clinton Global Initiative. 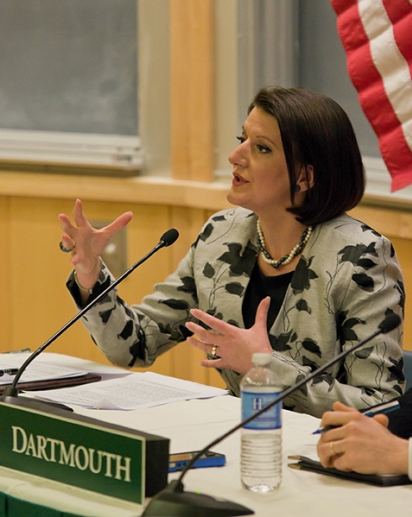