Bernardine Evaristo is a British author, editor, essayist, dramatist and critic of great talent and versatility whose work is marked by experimentation with form, narrative perspective, genre, and the exploration of aspects of the African diaspora. Her writing spans the genres of prose novels, novel-with-verse, novella, poetry, non-fiction, criticism and radio and theatre drama. Her fiction, poetry and essays are published widely in a variety of publications and anthologies. Evaristo is the author of several books, including her most recent, Mr. Loverman, a novel about a 74 year old Caribbean London man who is a closet homosexual, which earned both the Publishing Triangle Ferro-Grumley Award for LGBT Fiction and the Jerwood Fiction Uncovered Prize.

In addition to these awards, Evaristo has received the EMMA Best Book Award, Big Red Read Award, Orange Youth Panel Award, NESTA Fellowship Award and The Arts Council of England Writers’ Award 2000. Her books have been a ‘Book of the Year’ thirteen times in British newspapers and The Emperor’s Babe was a (London) Times ‘Book of the Decade’. She was elected a Fellow of the Royal Society of Literature in 2004, a Fellow of the Royal Society of Arts in 2006, and she received an MBE in the Queens’ Birthday Honours List in 2009.

Evaristo is also an editor of anthologies and special magazine issues and literary critic for the Guardian and Independent. She has judged many leading literary awards and in 2012, was Chair of both the Commonwealth Short Story Prize, and the Caine Prize for African Fiction. Evaristo also served as Guest Editor of Poetry Review, Britain’s leading poetry journal.

A committed teacher, Evaristo currently teaches creative writing at Brunel University London but has been awarded several writing fellowships and residencies around the world, of which the Dartmouth Montgomery Fellowship is one. Others include those at Georgetown University, Barnard College, and University of the Western Cape in South Africa. She also travels extensively for book tours, talks, panels, conferences, and literary festivals.

During her Montgomery Fellowship, Evaristo taught a Creative Writing course in the English department, gave a public lecture entitled “On Becoming a Writer” during which she spoke about her evolution as a writer experimenting with genres and confronting history, race, and gender, visited classes, and met with students and faculty in a variety of settings. 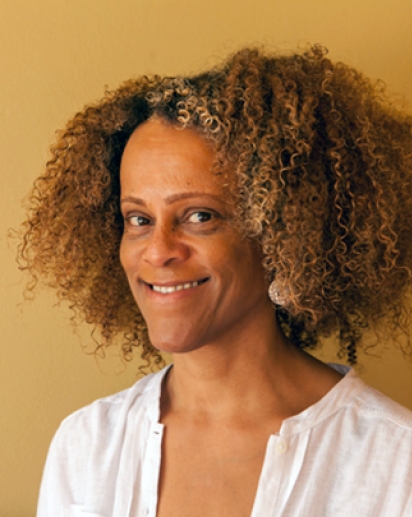