Bernice Reagon is an American scholar, singer/songwriter, and activist that, for over half a century, has been a profound contributor to African American and American culture. Born is Southwest Georgia, her singing style and traditional repertoire is grounded in her experiences in church, school, and political activism. As a composer, she has created a narrative of her social and political activism through her songs and larger compositions. She performed as a member of the Student Non-Violent Coordinating Committee (SNCC) Freedom Singers during the sixties and founded an all women a capella ensemble called The Harambee Singers during the Black Cultural Movement. Reagon also founded and led the internationally acclaimed and Grammy Award-winning singing group Sweet Honey In The Rock for thirty years until her retirement in 2004.

Paralleling her work in music, Reagon is one of the leading authorities in African American Cultural History and has taught at Spelman College and American University. Reagon has also published many articles on the civil rights movement and the music of that time and has worked with both the Smithsonian Institution and the National Museum of American History as a curator and expert in music history.

For all of her work, Reagon has earned numerous awards including a MacArthur Fellowship, a Candace Award from the National Coalition of 100 Black Women, the Charles Frankel Prize for her contributions to the humanities, the Heinz Award in the Arts and Humanities, and an honorary degree from the Berklee College of Music.

During her Montgomery Fellowship, Reagon delivered what she called a “song talk” titled, “I Remember, I Believe,” for which she was joined by her daughter, Toshi Reagon who is a singer and guitarist. Reagon also interacted with students and professors on campus throughout the spring term, and taught a music department course, “The Role of Music in the 1960s.” 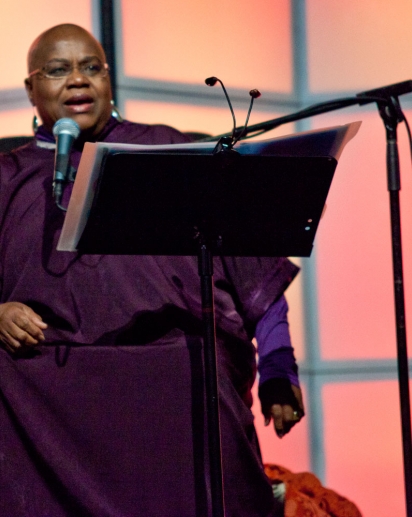