Winston Lord, the former United States Ambassador to China, and his wife Bette Bao Lord, the internationally acclaimed, best-selling author, were in residence together at Dartmouth as Montgomery Fellows. Lord served as ambassador to China from 1985 to 1989 under Presidents Ronald Reagan and George H.W. Bush and was the Assistant Secretary of State for East Asian and Pacific Affairs under President Clinton from 1993 to 1997. Ambassador Lord has played a central role in determining American foreign policy toward the Far East and in helping to restore U.S.-Chinese relations in the last half of the 20th century. While a member of the National Security Council planning staff in 1971, he accompanied then-National Security Advisor Henry Kissinger on his secret trip to China that paved the way for President Nixon’s historic visit and summit meeting with Mao Tse-tung the following year. Lord returned to China with President Nixon in 1972 and again with President Ford in 1975, and in subsequent years served as the top policy advisor on China at the Department of State. He was also involved in the secret peace talks in Paris and Hanoi that ended the Vietnam War. Lord has been honored with the Defense Department’s Outstanding Performance Award and the State Department’s Distinguished Service Award.

Author Bette Bao Lord was born in Shanghai and came to the United States at the age of eight. Her children’s book In the Year of the Boar and Jackie Robinson tells the story of a young Chinese girl’s struggle to learn English by listening to radio broadcasts of the Brooklyn Dodgers. Spring Moon, which spent 31 weeks on The New York Times bestseller list and was subsequently translated into 19 languages, is an epic romantic tale of the social, political, and familial changes a mandarin Chinese woman must face from her youth at the end of the nineteenth century to the Cultural Revolution in the late 1960s. Legacies: A Chinese Mosaic, a memoir of stories set against the turbulent background of 20th century Chinese history up to Tiananmen Square, was chosen by Time magazine as one of the ten finest non-fiction works of 1990. A member of the International Women’s Hall of Fame and a recipient of the National Council of Women’s “Women of Honor Award,” Lord received the Eleanor Roosevelt Award for Human Rights from President Clinton in 1998.

During their time at Dartmouth, Winston and Bette Bao Lord joined several classes and engaged with faculty and students in a variety of arenas. Winston Lord also delivered the lecture, “Sweet and Sour: Sino-American Relations,” and Bette Bao Lord participated in a public discussion moderated by a Dartmouth professor. 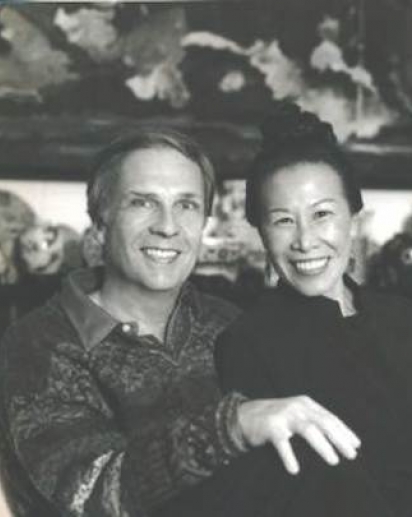