Calvin Trillin is a writer, novelist, essayist, political poet, memoirist, and humorist. Over three hundred of his pieces have appeared in The New Yorker, where he has been a staff writer since the 1960s. Trillin has also been a regular columnist for The Nation and Time. Trillin is a prodigious producer of prose and has covered topics such as politics, race, American culture, his childhood, and family, and he has written short stories, novels, and memoirs. He is most known. however, for his writing on food. Called by the Boston Globe “the bard of American idiosyncrasy” and hailed by the New York Times food critic, Molly Haskell, as “a comic Magellan, squeezing through the straits between official culture and down-home tastes,” Trillin has written about Kansas City barbecue ribs, spaghetti carbonara, and the Buffalo chicken wing, among many culinary subjects. His Tummy Trilogy, a collection of the essays on American customs and practices of eating that he wrote in the 1960s and 1970s, appeared in 1994.

Trillin has received many accolades for his work. His essay, “Stranger with a Camera” was included in The Library of America’s 2008 retrospective of American True Crime, and he received the Thurber Prize for American Humor in 2012 for Quite Enough of Calvin Trillin: Forty Years of Funny Stuff. Additionally, Trillin was inducted into the New York Writers Hall of Fame in 2013.

As a Montgomery Fellow, Trilling was part of a lecture series on food titled “Tell Me What You Eat, I’ll Tell You Who You Are,” which also featured Ruth Reichl and Dan Barber. I addition to delivering a lecture titled “Eating With the Pilgrims,” Trillin spent time with faculty and students in classes as well as more casual settings. 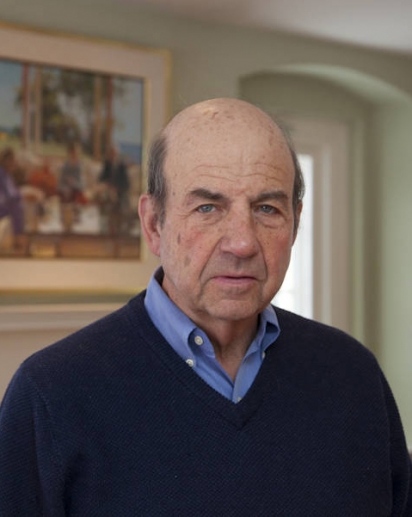