One of Latin America’s most influential writers, Carlos Fuentes has written novels, short stories, essays, and plays. As a leader of the explosion of Mexican writing in the 1960s known as El Boom, Fuentes helped Latin American literature gain global recognition. His works also earned him the Miguel de Cervantes Prize in addition to the Belisario Domínguez Medal of Honor, Mexico’s highest honor.

While he is more widely known as a writer, Fuentes thought of himself as a teacher and served at a number of universities, including Cambridge, Princeton, Harvard, Columbia, and Dartmouth. He also engaged in politics and diplomatic affairs and served as the Mexican ambassador to France from 1974-1977.

During his Montgomery Fellowship, Fuentes delivered a lecture titled, “Mexican Election: Speaking from Mexico/Talking to the World” and spoke at a meeting of the Trans-Atlantic Work Group. What Fuentes enjoyed most about his time at Dartmouth, however, was his engagement with students and faculty from a variety of disciplines and the debates he had with them. 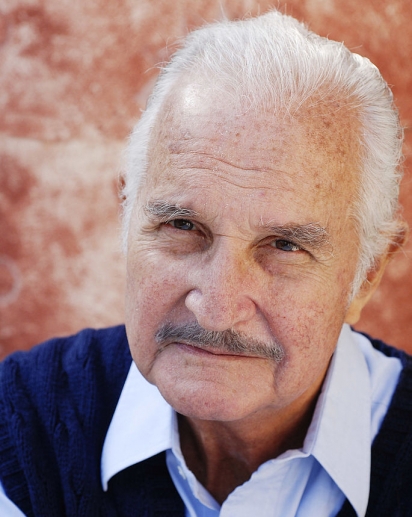