The award-winning writer, Caryl Phillips, born in St. Kitts and raised in England, often addresses the African Diaspora in his work. He is the author of several novels, multiple works on nonfiction, pieces for radio, television, and the stage. His novel, A Distant Shore, won the Commonwealth Writers Prize and was called “one of literature’s great meditations on race and identity” by TIME Magazine. His novel, Crossing the River, also won the Commonwealth Writers Prize, won the James Tait Black Memorial Prize, and was shortlisted for the Booker Prize. Phillips has also earned the Lannan Literary Award, a Guggenheim Fellowship, and a Martin Luther King Memorial Prize, and has been named a Fellow of both the Royal Society of Arts and the Royal Society of Literature. Phillips is also a committed educator and has taught at institutions in Ghana, Sweden, Barbados, India, and the U.S. In 1999, he was the University of the West Indies Humanities Scholar of the Year, and in 2002-2003, Phillips was a Fellow at the Centre for Scholars and Writers and the New York Public Library. Since 2005, Phillips has taught at Yale University.

During his Montgomery Fellowship, Phillips delivered the lecture, “Growing Pains: A Reading by Caryl Phillips,” taught an undergraduate English course titled, “Race and Class in Postwar British Fiction,” and engaged with students and faculty in a variety of other settings. Phillips also spoke at Dartmouth the year before his fellowship in conjunction with the Northeastern American Society for Eighteenth Century Studies conference, Transatlantic Destinies. 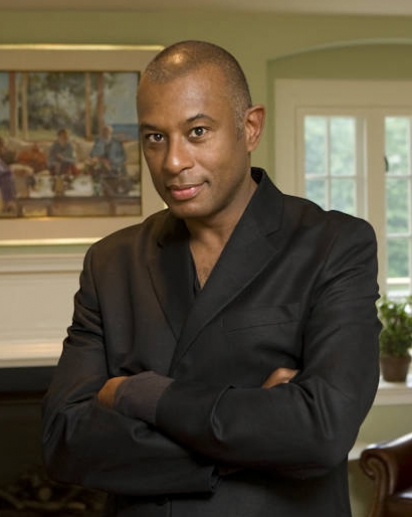