Christo is a renowned public art installation artist who collaborated for many years with his late wife, Jeanne-Claude.

People around the world have joyfully appreciated their monumental yet temporary works. In Paris, Christo and Jeanne-Claude blocked off the rue Visconti with oil barrels and veiled the city’s oldest bridge, le Pont Neuf, in a sand-colored fabric. In Sydney, they wrapped the coast of Little Bay in synthetic fabric. In Sonoma and Marin counties they used over two million square feet of white nylon to create a 25-mile “Running Fence” that ended at the Pacific Ocean. In Japan, they dotted the landscape with 1,300 blue umbrellas; in Biscayne Bay they surrounded eleven islands with pink polypropylene; and in Berlin they veiled the Reichstag. One of the couple’s last works together, “The Gates,” was constructed in New York City in 2005. For it, Christo and Jeanne-Claude installed 7,500 saffron-yellow gates running for 23 miles around the footpaths of Central Park. In response to the installation, New York City Mayor Michael Bloomberg awarded the artists the Doris C. Freedman Award for Public Art.

Christo continues to produce art according to his desire to create beautiful things. 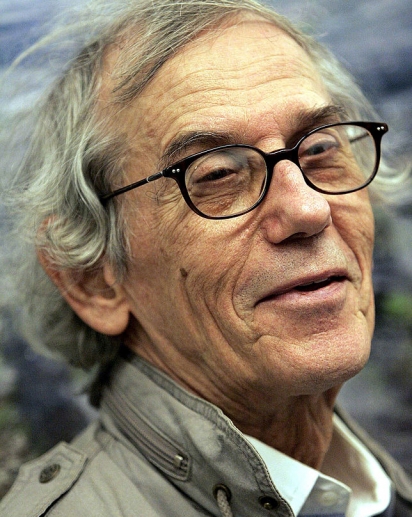