Clarence Page is a Pulitzer Prize-winning journalist and syndicated columnist. He has been a columnist and member of the editorial board of the Chicago Tribune since 1984 and his column is syndicated nationally to over 150 newspapers. In 1989, he won the Pulitzer Prize for commentary and again in 1972 for his reporting on vote fraud. Page appears regularly on The McLaughlin Group, contributes to The PBS NewsHour, serves as a commentator on National Public Radio’s Weekend Edition Sunday, and has been a political analyst on Hardball with Chris Matthews on MSNBC. In addition to his two Pulitzer Prizes, Page has earned the American Civil Liberties Union James P. McGuire Award for his columns on constitutional rights, the Illinois UPI Award for community service for his book, The Black Tax, and the Edward Scott Beck Award for overseas reporting on Southern Africa. Page has received honorary degrees from Columbia College Chicago, Lake Forest College, and Nazareth College. 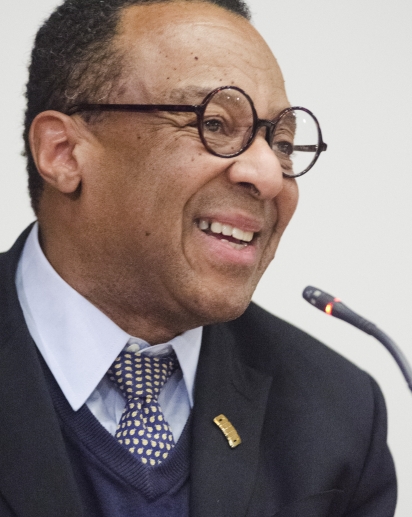