Czeslaw Milosz is a Nobel Prize winning poet, essayist, and novelist who is considered one of the best poets of his time. He emigrated to the U.S. where he became a citizen in 1970 and taught at the University of California, Berkeley, in the Department of Slavic Languages. Milosz wrote several poetry and prose works of art, winning the Nobel Prize in Literature and the Neustadt International Prize for Literature. His works written in Polish have been translated into English by several translators.

Milosz enjoyed a reputation as an intellectual contrarian who often found himself in controversy with a government or with a large group of people. He faced censorship in Poland and cemented himself as an anti-Stalin voice. Overall, Milosz released seventeen books of poetry, twenty seven books of prose, and one translated work of Anna Swir. A few of his most important works are The World, The Captive Mind, and The Issa Valley. 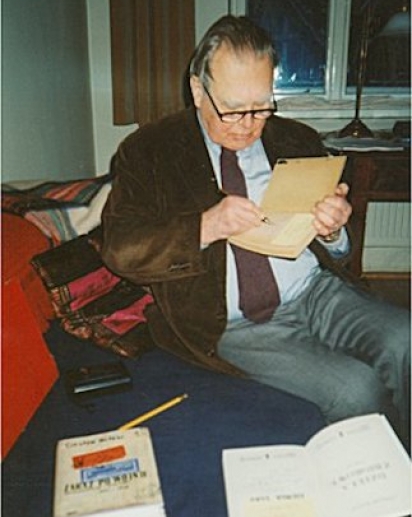