Dan Barber is one of the world’s most esteemed chefs and food activists. He is the executive chef and co-owner of Blue Hill in Greenwich Village, an acclaimed restaurant that he opened in 2000, and Blue Hill at Stone Barns, a restaurant set within the Stone Barns Center for Food and Agriculture. This working farm is set on a former Rockefeller estate in Tarrytown, NY and supplies locally grown and seasonal ingredients to Blue Hill and other restaurants.

Barber has earned several awards and honors for his culinary efforts. In 2002, Food and Wine magazine named him one of the Best New Chefs. The James Beard Foundation named Barber the best chef in New York City in 2006 and the top chef in America in 2009. Time put him on its 2009 list of the “100 Most Influential People in the World.” Writing in the New York Times in 2006, Frank Bruni awarded Blue Hill three stars (“excellent”) and remarked that, because of Barber’s emphasis on locally grown and raised food, there is in New York City “no other restaurant [that] makes as serious and showy an effort to connect diners to the origins of their food as Blue Hill. Here the meals have backstories, lovingly rendered by servers who announce where the chanterelles were foraged and how the veal was fed. It’s an exercise in bucolic gastronomy, and it might be slightly cloying if it weren’t so intensely pleasurable.”

Barber commits himself equally to environmental and culinary activism. He is the author of The Third Plate, in which Barber discusses the flaws of our food system and offers a new way of American eating that will yield good food and healthy farms. His writing on food, farming, and agricultural policy has appeared in several publications including the New York Times, Saveur, Gourmet, and The Nation, and he was appointed by President Barack Obama to serve on the President’s Council on Physical Fitness, Sports, and Nutrition. Barber has also presented two different TED talks: one on foie gras, and one on sustainable fisheries. Barber serves on the Advisory Board of the Harvard Medical School Center for Health and Global Environment, and was featured in the Netflix original series Chef’s Table. 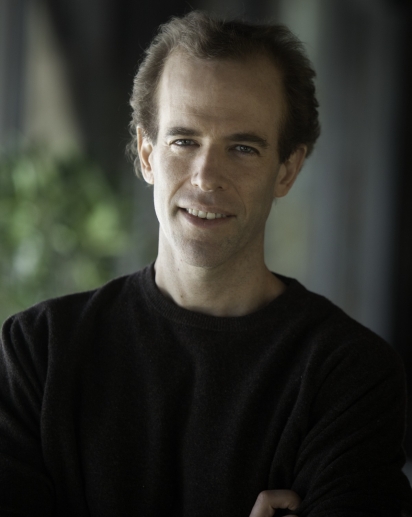