David Brooks is an American political and cultural commentator who writes an Op-Ed column for The New York Times and is a regular analyst on PBS NewsHour and NBC’s Meet the Press.

Brooks began his career serving as an intern at the National Review. He then worked as a reporter and later op-ed editor for The Wall Street Journal. Brooks moved on from there to serve as a senior editor at The Weekly Standard when it was created. Brooks has also been a contributing editor for Newsweek magazine and The Atlantic Monthly. He often appears as a commentator on National Public Radio as well.

So far in his career, Brooks has authored four books: Bobos in Paradise: The New Upper Class and How They Got There, On Paradise Drive: How We Live Now (And Always Have) in the Future Tense, The Social Animal: The Hidden Sources of Love, Character, and Achievement, which was a No. 1 New York Times Bestseller, and The Road to Character. 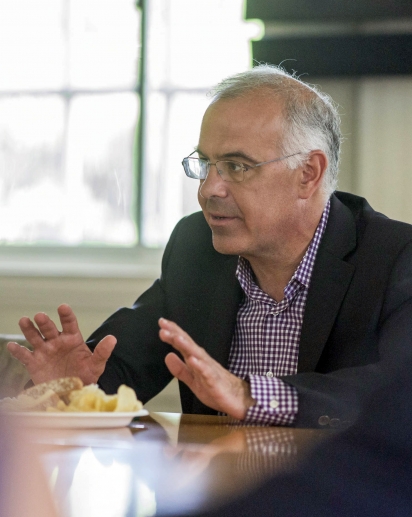