David Grubin, an award-winning producer, director, writer, and cinematographer has produced more than 100 films on science history, poetry, and art. He has won every award in the field of documentary television, including three George Foster Peabody Awards, two Alfred I. Dupont awards, five Writer’s Guild prizes, and ten Emmys. His biographies of American Presidents, LBJ, FDR, Truman, Teddy Roosevelt, and Lincoln, for "The American Experience" on PBS have been widely acclaimed and helped win the President's Series a Peabody Award. Other award-winning films from Grubin include the PBS series, “Healing And The Mind with Bill Moyers” and the film, “The Trials of J. Robert Oppenheimer.” Grubin is an executive committee member of the Society of American Historians, a member of the Writers Guild and Directors Guild, and is a former chairman of the board of directors of The Film Forum. He has served as a Guggenheim fellow and received an honorary degree from his alma mater, Hamilton College.

Grubin’s Montgomery Fellowship was part of a lecture series of presidential biographers from the worlds of both print and film meant to examine “Power and the Presidency.” During his lecture, Grubin addressed the challenges a filmmaker faces in explaining more abstract aspects of presidential leadership. 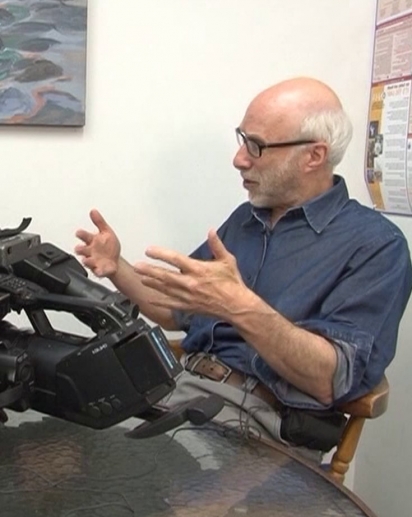