David McCullough is an award-winning author who is known for his works of history and biography. He has won the Pulitzer Prize and National Book Award twice, and received the Presidential Medal of Freedom, the U.S.’s highest civilian honor. He has also earned a Guggenheim fellowship, the Francis Parkman Prize, the Cornelius Ryan Award, the New York Public Library Literary Lion Award, and the National Book Foundation’s lifetime Medal for Distinguished Contribution to American Letters, among others. McCullough has also been awarded over forty honorary degrees, including one from Dartmouth in 2003, when he also delivered the Commencement address. Books written by McCullough include The Johnstown Flood, The Great Bridge (about the building of the Brooklyn Bridge), The Path Between the Seas (about the building of the Panama Canal), Morning on Horseback (the early life of Theodore Roosevelt), and Brave Companions. He has also narrated several documentaries, including Ken Burns’ The Civil War, and the 2003 film, Seabiscuit. McCullough came to Dartmouth as part of a lecture series titled “Power and the Presidency,” which featured biographers from both print and film. 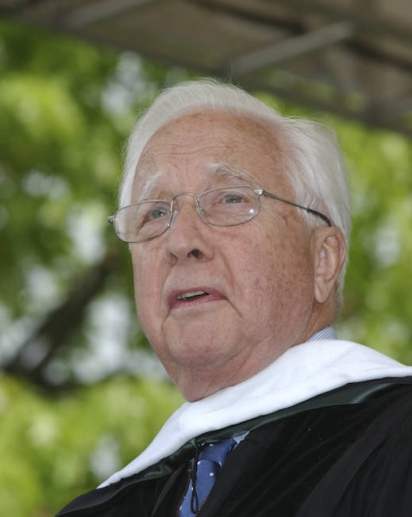