David R. Montgomery, a recent recipient of the MacArthur Foundation’s “Genius Grant,” is the Dean's Professor of Environmental Science Writing in the Department of Earth & Space Sciences at the University of Washington, Seattle, specializing in geomorphology.

Geomorphologists study the evolution of the Earth’s (and other planets’) topographic features in order to understand why landscapes look the way they do and to quantify the processes that lead to their formation. David Montgomery has developed a particular interest in fluvial geomorphology, which observes the landforms created by rivers and streams.

David Montgomery is a scientist with a keen interest in how those processes might affect ecological systems and human societies. Based on his research efforts, he strongly advocates improvements in environmental policy to be better deal with geologic hazards and environmental protection. Montgomery’s work has taken him to mountain ranges throughout the world, from the Cascades in the Pacific Northwest, to the Andes in South America and the Tibetan part of the Himalaya in Central Asia.

With a particular focus on how the advances in the sciences have faced opposition from religious proponents of a literal understanding of the Bible, Montgomery’s award-winning book, The Rocks Don't Lie: A Geologist Investigates Noah's Flood, focuses on how the mystery of the Bible's greatest story shaped geology. With an explorer’s eye and a refreshing approach to both faith and science, Montgomery takes readers on a journey across landscapes and cultures. In the process, we discover the illusive nature of truth, whether viewed through the lens of science or religion, and how it changed through history and continues changing, even today. (See also Montgomery’s TED talk at: https://youtu.be/chHU5HPkxmM)

The Rocks Don't Lie was not Montgomery’s first popular book. In addition to his academic work, he has been eager to make the general public understand the effects of human intervention into the environment. In fact, Montgomery has written a number of popular science books that answer laypeople’s pressing questions and confront them in intelligible style with the impact of the most complex and often times inaccessible findings of scientific research.

In their 2015 book on The Hidden Half of Nature: The Microbial Roots of Life and Health, Montgomery and Anne Biklé explore how microbes transform the way we see nature and ourselves. The book tells the story of our tangled relationship with microbes and their potential to revolutionize agriculture and medicine, from garden to gut.

What makes Montgomery particularly attractive to the Dartmouth community is his versatility and broad spectrum of interests that exceed his scientific expertise. 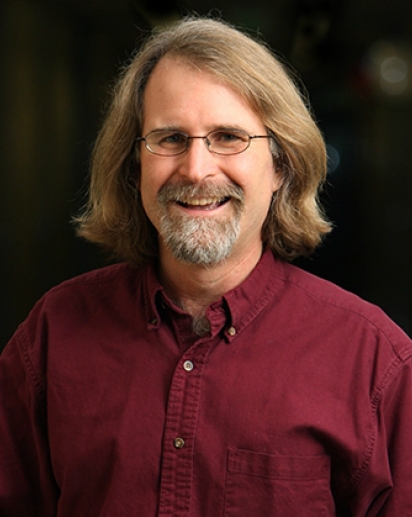