David Shipler, Dartmouth Class of 1964, is a journalist and author who won the Pulitzer Prize for his book, Arab and Jew: Wounded Spirits in a Promised Land. At The New York Times, Shipler reported from some of the most volatile regions of the world. He covered Southeast Asia during the Vietnam War and later served as chief of the Times’ Moscow and Jerusalem Bureaus and chief diplomatic correspondent in the Times’ Washington bureau. In 1983, Shipler received the George Polk Award for his coverage of the Lebanon War. In addition to Arab and Jew, Shipler has authored Russia: Broken Idols, Solemn Dreams, which earned the Overseas Press Club ward, A Country of Strangers: Blacks and Whites in America, which was based on years of research about stereotyping and racial interactions, and The Working Poor: Invisible in America, which was a national best-seller and won an Outstanding Book Award from the Myers Center for the Study of Bigotry and Human Rights at Simmons College. It also was a finalist for both the 2005 National Book Critics Circle Award and the New York Public Library Helen Bernstein Award. Shipler’s other books include The Rights of the People: How Our Search for Safety Invades Our Liberties and Rights at Risk: The Limits of Liberty in Today’s America. Since 2010, Shipler has published the electronic journal, The Shipler Report, A Journal of Fact and Opinion, which covers a variety of subjects.

In addition to the aforementioned awards, Shipler has received a number of other awards and honors, including a Martin Luther King Social Justice Award from Dartmouth and honorary degrees from Middlebury College, Glassboro State College, Birmingham-Southern College, and Dartmouth College, where he served on the board of trustees for a decade. Shipler has also taught at Princeton University, Massachusetts Institute of Technology, and American University, served as a fellow at the Brookings Institution, and as a writer-in-residence at the University of Southern California.

Shipler came to Dartmouth as part of the Montgomery Endowment’s 25th anniversary series, “Truth and Ethics in Journalism.” During his time on campus, he presented a screening and discussion of his documentary, “Arab and Jew: Return to the Promised Land,” taught an undergraduate seminar in the Government Department titled, “Civil Liberties in a Time of Terrorism,” and engaged with students and faculty during meals and other settings. 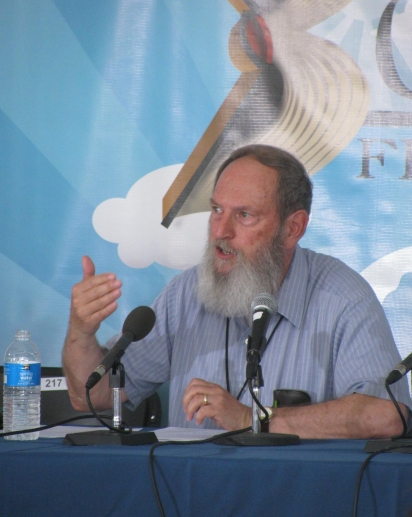