Dean Rusk served as the United States Secretary of State during the Kennedy and Johnson Administrations, a tenure which ties him with William H. Seward as the second-longest serving U.S. Secretary of State. During his time as Secretary of State, Rusk helped shape U.S. foreign policy and advocated for U.S. involvement in the Korean and Vietnam wars. Rusk served as a reserve captain in the infantry during World War II, then as staff officer, and finally as Colonel by the end of the war.

Rusk was a recipient of both the Sylvanus Thayer Award and the Presidential Medal of Freedom. When Rusk was finished with government work, he taught International Law at the University of Georgia Law School. 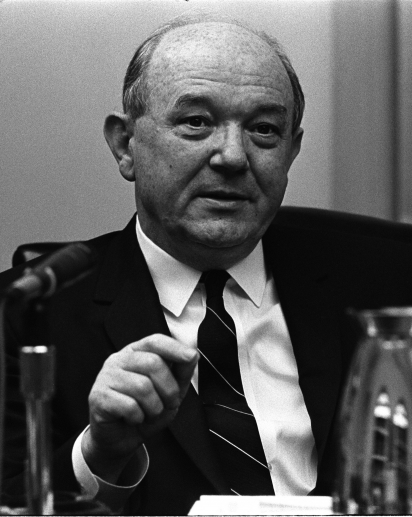