Edward Heath was a British politician and former Conservative Prime Minister of Great Britain. He began his career as a politician as a Member of Parliament from 1950-65, then rising to become the Leader of the Opposition from 1965-70. His tenure as Prime Minister ran from 1970-74.

A leader in the British Conservative party, Heath’s major achievement was entering Britain into the European Economic Community (EEC) in 1963, and then lead the fight to remain part of the EEC in 1975.

As a Montgomery Fellow in 1980, Heath took part in a press conference, gave a public lecture, and visited a few classes, enlightening students and faculty alike. His most memorable moment, though, was when he conducted the Dartmouth Symphony Orchestra rehearsal in Alumni Hall to the tune of Braham’s Academic Overture. Heath was a student of music growing up, having been a chapel organist at Oxford and chairing and sometimes conducting the London Symphony Orchestra Trust. For Heath, conducting the DSO during rehearsal made him feel at home in a foreign land. 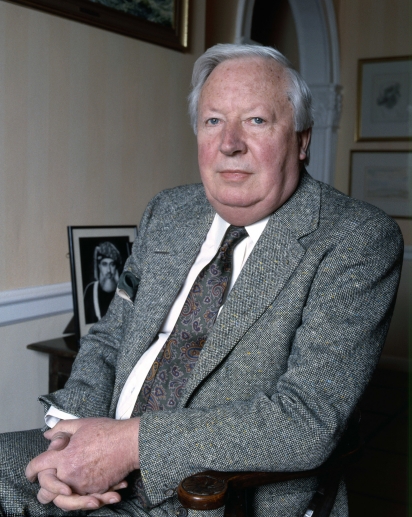