Enrique Martínez Celaya was trained as an artist as well as a physicist and currently works in painting, sculpture, photography, and writing. His work has been widely exhibited internationally and is included in the permanent collections of the Metropolitan Museum of Art, The State Hermitage Museum, the Whitney Museum of American Art, the Museum of Contemporary Art in Los Angeles, the Moderna Museet in Stockholm, Sweden, and the Museum der bildenden Künste in Leipzig, Germany, among others. He has received the National Artist Award from the Anderson Ranch Arts Center, the California Community Foundation Fellowship, J. Paul Getty Trust Fund for Visual Arts, a Knight Foundation Grant, and the Young Talent Award from the Los Angeles County Museum of Art.

In addition to his work in the visual arts, Martínez Celaya is the author of Collected Writings and Interviews 1990-2010 and The Nebraska Lectures, both published by the University of Nebraska Press, The Blog: Bad Time for Poetry, published by Whale & Star Press, October, published by Cinubia, and the artist book Guide, which was later serialized by the magazine Works & Conversations. He has also written essays on art, poetry and aesthetics and has lectured at international venues including the American Academy in Berlin, the Aspen Institute and the Art Institute of Chicago. Martinez Celaya has also had a successful teaching career and was honored as the second Presidential Professor in the history of the University of Nebraska. He also taught as a tenured professor in the faculty of Pomona College and Claremont Graduate University, is a Trustee of the Anderson Ranch Arts Center and served on the Creative Council of Kaneko.

His work has also been featured in monographic publications, including diciones Polígrafa's Enrique Martínez Celaya: Working Methods and Radius Books' Enrique Martínez Celaya: The Pearl. During his career as a physicist, Martinez Celaya worked at Brookhaven National laboratory, and pursued a Ph.D. in Quantum Electronics at the University of California, Berkeley. He published scientific papers on superconductivity and lasers, and is the inventor of several laser devices and of an often-cited patent. In addition to his time as a Montgomery Fellow, during which he visited classes, lectured on his art, and met with students and faculty, Martinez Celaya served as the Roth Distinguished Visiting Scholar at Dartmouth for ten months during the 2016-2017 academic year. 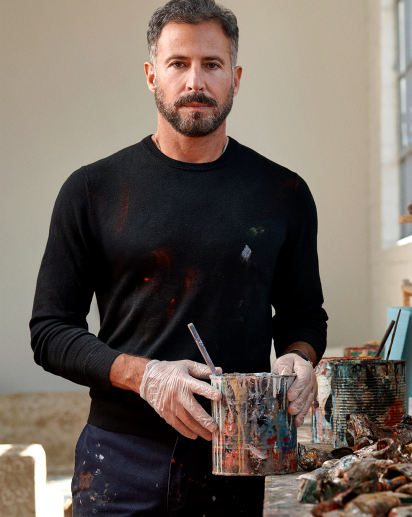