Eric van Hove is a Belgian Moroccan artist who was raised in Cameroon, attended university in Belgium, and completed both masters and doctoral work in Tokyo. As a result, van Hove has developed a cosmopolitan consciousness that guides his art, which juxtaposes traditional crafts with the forces of globalization. One example of this is the exact replica he made of a Mercedes-Benz engine, V12 Laraki, which he constructed by hand with several Moroccan artisans. The engine, made of hundreds of parts and dozens of materials, is owned by Dartmouth’s own HOOD Museum, and was on display when van Hove was artist-in-residence in the Department of Studio Art. An incredibly creative artist, van Hove works in multiple genres and with a wide range of media, including installation, performance, writing, photography, video, and sculpture. He is also a believer in displaying art outside the walls of galleries, and had a number of installations in public spaces around the world.

The Dartmouth community is excited to welcome van Hove back to Hanover as a Montgomery Fellow for the winter term. 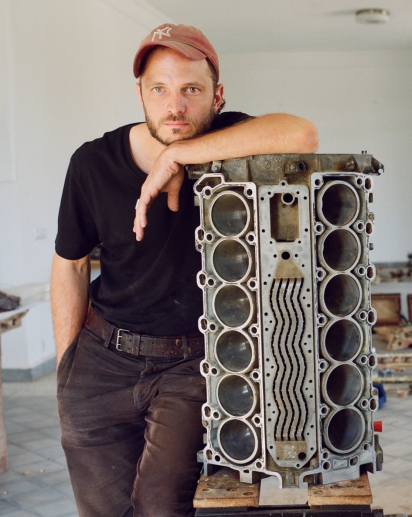