Frank Stella is a celebrated painter whose 1959 black and pinstripe paintings, with their insistence on the flatness and the materiality of the painting surface, not only challenged the pictorially purist expressionism that had dominated American abstract art during the 1950s but established him, at 23 years of age, as an innovative champion of minimalism.

A signature quality of his creativity over the next five decades was the relentless desire to redirect his artistic energy and reconfigure his compositional style in pioneering and iconoclastic ways that would expand the boundaries of pictorial space. He abandoned the flatness and sober geometry of his early work to create color metal reliefs that brought illusionism and three-dimensionality, and eventually sculptural and architectural elements, into abstract art. Working not so much on discrete, individual paintings as on several series of multiple paintings — Irregular Polygons, Protractor, Exotic Birds, Polish Village, Circuits, Cones and Pillars — Stella devoted himself to what he has described as “expand[ing] the sense of a painting’s space, both literally and imaginatively.”

Stella’s work has been exhibited widely in the United States and abroad. He was the youngest artist ever to have a career retrospective at the Museum of Modern Art (1970), which devoted another retrospective to him in 1987. Stella’s works has also been featured at the Guggenheim Museum and the Kawamura Museum of Art in Japan. Stella has also created architectural designs for museum projects in Europe. The Metropolitan Museum devoted an exhibition to these designs in 2007. In 1976, Stella also had the unique experience of designing the exterior of one of BMW’s racing cars: a black and white graph-paper pattern that decorated a 3.0 CSL model that competed at Le Mans, France.

Stella has been recognized for his contributions to the art world with several honors. During the 1983-1984 academic year, he was selected to deliver the Charles Eliot Norton lectures, entitled Working Space, at Harvard, later published by Harvard’s University Press. Stella was awarded the National Medal of Arts in 2009, and two years later received the Lifetime Achievement Award for Contemporary Sculpture by the International Sculpture Center. Stella has also received honorary degrees from Princeton and Dartmouth.

Stella’s Montgomery Fellowship coincided with an exhibition of his Irregular Polygons (1965-1966) at Dartmouth’s Hood Museum of Art, which was celebrating its 25th year. During his time on campus, Stella worked with students from a range of disciplines, held studio hours with students and teaching assistants, and held a public discussion. 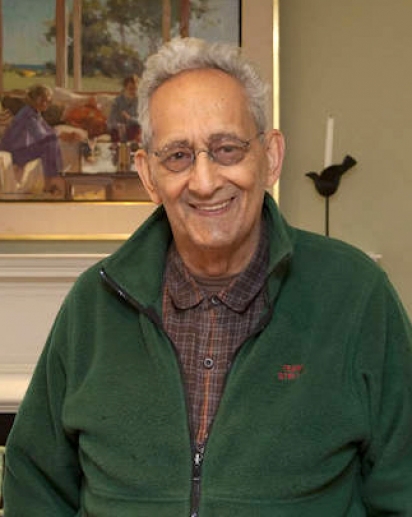