Galway Kinnell was a prolific poet and authored more than a dozen volumes of poetry, including Imperfect Thirst, The Book of Nightmares, and Strong is Your Hold. During his extensive career, he was a MacArthur fellow, won a Pulitzer Prize and a National Book Award for his Selected Poems, and received the Frost Medal by the Poetry Society of America. He also served as Vermont’s Poet Laureate and as a Chancellor of The Academy of American Poets.

Early in his career, Kinnell  went to Paris as a Fulbright Fellow and spent much time abroad traveling. Upon returning to the U.S. in the 1960s, he joined the Congress for Racial Equality (CORE) and helped register African American voters in the South. He also was an anti-Vietnam War activist and addressed social issues in his poetry. Kinnell contributed to social justice further as the director of adult education at the University of Chicago’s Downtown Center and as a field activist for the branch of CORE in Louisiana.

Kinnell taught Creative Writing for many years at New York University, and lived in Vermont after retiring from teaching.

During his time at Dartmouth, Kinnell gave a public reading, taught a course for selected student poets, engaged with students and faculty during meals, and attended discussion groups. 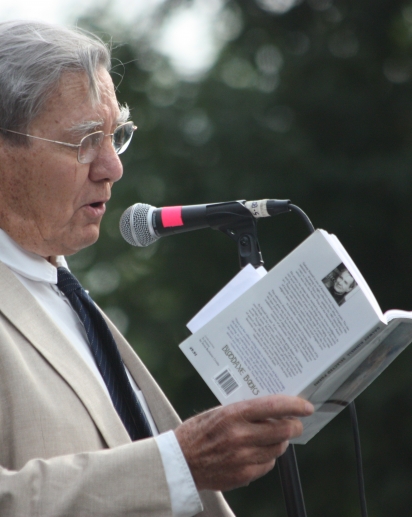