President of the United States

Gerald R. Ford became the 38th President of the United States on August 9, 1974, after Richard M. Nixon resigned as a result of the Watergate affair. Ford practiced law and served in the Navy during World War II before committing his life to politics.

For 25 years, Ford served as a member of the House of Representatives. He also served as the Republican minority leader in the House during Lyndon B. Johnson’s presidency. Despite his conservative Republican views, Ford was known for his moderate approach and ability to mediate.

fter his presidency, Ford remained active in politics, and in 2001, he became the highest-ranking Republican to speak out in favor of gay and lesbian rights and equality. Ford’s value of education spurred him to establish Albion College’s Gerald R. Ford Institute of Public Policy and the Gerald R. Ford Library at his alma mater, the University of Michigan in Ann Arbor.

Ford received several honors over the course of his life as well, including the Presidential Medal of Freedom, the John F. Kennedy Profiles in Courage Award, and an honorary doctorate from Central Connecticut State University. 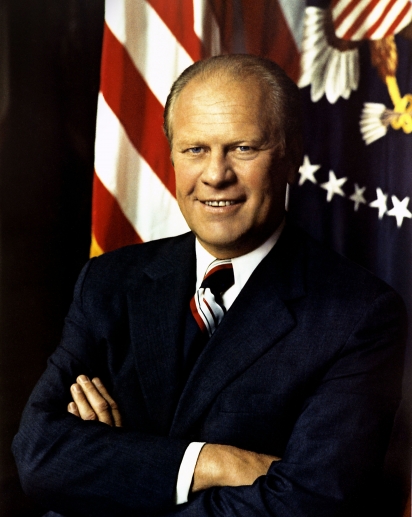