Harry A. Blackmun was an Associate Justice of the Supreme Court of the United States who was appointed by President Nixon in 1970. He is an alum of Harvard Law School and worked at a Minneapolis law firm, where he grew up, before he was appointed a judge on the Eighth Circuit. While on the Supreme Court, Blackman judged many court cases including the highly contentious Roe vs. Wade case where Blackmun wrote the Court’s opinion on siding with Roe.

Blackmun retired from the Supreme Court in 1994, allowing President Bill Clinton to nominate Stephen Breyer to take his place. Blackmun had kept all of his notes and letters during his time on the Supreme Court that the Library of Congress archived as one of the most comprehensive archives of the Court. Blackmun also holds the distinction of being the only Supreme Court Justice to appear in a film. He acted as Justice Joseph Story in Amistad in 1997. 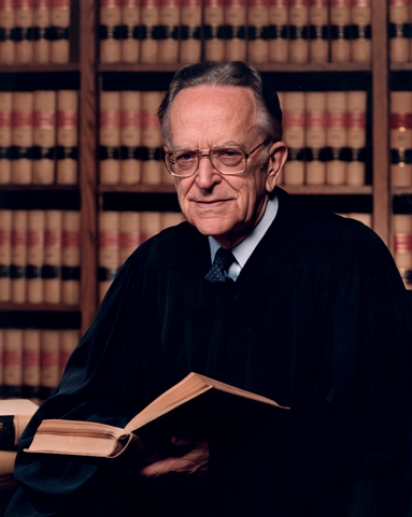