Hendrik Hertzberg is a renowned journalist who is best known for his work for The New Yorker magazine, where he is a senior editor, staff writer, and principal political commentator. In 2009, Forbes.com put him at No. 17 on its list of “The 25 Most Influential Liberals in the U.S. Media.”

After serving in the Navy, Herzberg joined the staff at The New Yorker in 1969, where he worked until 1977, when he left to work as a speech writer for President Jimmy Carter. He then worked for The New Republic as an editor and political correspondent before returning to The New Yorker in 1992. Hertzberg’s Comments in “The Talk of the Town” have been finalists for the National Magazine Award for Columns and Commentary, and he won the award in 2006. A Harvard graduate, Hertzberg has also served as a fellow at two institutes at Harvard’s John F. Kennedy School of Government. Additionally, Hertzberg serves as a board member of FairVote, which advocates for electoral reform within the United States.

In addition to the myriad of articles he has written, Hertzberg is the author of three books: Politics: Observations & Arguments, which The New York Times, The Washington Post, and the Los Angeles Times named a best book of the year, ¡Obamanos!: The Birth of a New Political Era, and One Million.

Regarding his Montgomery Fellowship, Hertzberg said: “This is not a research fellowship. It is a giving fellowship. It is more about the College taking advantage of the fellow than fellow taking advantage of College.” In that spirit, Hertzberg visited classes, attended informal and formal dinners and luncheons with faculty and students, and had a formal conversation on campus that was moderated by a professor, in addition to working on some of his own research. 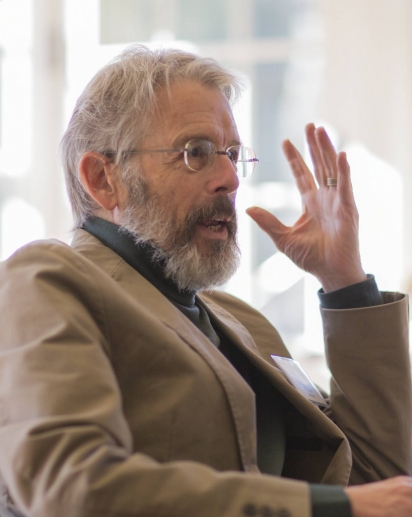