Jake Sullivan is a renowned American policymaker and analyst for international affairs. He served as National Security Advisor to Vice President Joe Biden and prior to that as Director of Policy Planning at the State Department under Secretary Hillary Clinton, a job he took at the age of thirty-four (Time Magazine included him in its "40 under 40" of rising stars in American politics). During the Presidential election of 2016, Jake Sullivan was Hillary Clinton's top foreign policy adviser. In 2020, he was named the incoming National Security Advisor to the Biden administration.

Among his major diplomatic achievements are the opening to Iran that led to the negotiation of the Iran nuclear pact. In November 2013, it had been reported that officials in the Obama administration, including U.S. Deputy Secretary of State William Burns, Senior White House Iran Advisor Puneet Talwar, and Jake Sullivan, had secretly met with their Iranian counterparts to inquire the feasibility of an agreement over the Iranian nuclear program, which ultimately led to the Geneva interim agreement on the Iranian nuclear program. The Joint Plan of Action had been signed by Iran and the five Security Council Members of the United Nations – U.S.A., Russia, China, France, Great Britain, plus Germany – in Geneva, Switzerland, on November 24, 2013.

Jake Sullivan is a prolific writer and commentator on US international affairs. Apart from being a commentator at CNN, his writings have appeared in Foreign Policy, Foreign Affairs, The New York Times and The Washington Post. Sullivan's more recent work focuses on the current and future role of the Democratic Party in the United States as well as US foreign policy towards Iran and North Korea. 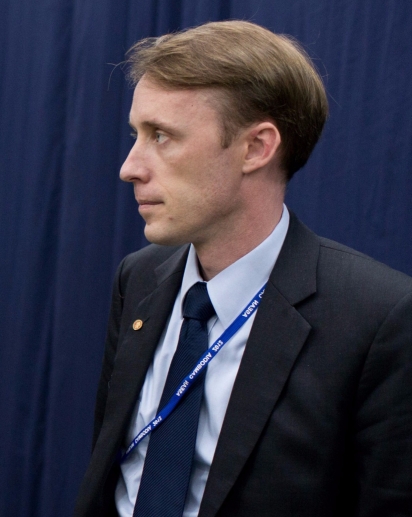