James Nachtwey, Dartmouth Class of 1970, is an award-winning photojournalist who began his career as a newspaper photographer in New Mexico and then launched a freelance career in New York, which led him to some of the most dangerous places around the world. Since 1984, he has been a contract photographer for TIME magazine, although his photographs have also appeared in Life magazine, National Geographic, The New Yorker, and Paris Match, among others. Nachtwey has had solo exhibitions at museums and galleries around the world, including Bibliothèque Nationale de France in Paris, the International Center of Photography in New York, Palazzo delle Esposizioni in Rome, Carolimun in Prague, and Hasselblad in Sweden. His work is also a part of the permanent collections at a number of museums including the Whitney Museum of American Art, the Museum of Modern Art, Boston’s Museum of Fine Arts, the Centre Pompidou in Paris, and San Francisco’s Museum of Modern Art. For his work, Nachtwey has received numerous awards and honors. These include five Robert Capa Gold Medals, two World Press Photo awards, seven Magazine Photographer of the Year awards, three International Center of Photography Infinity Awards, the TED Prize, the Heinz Foundation Award, and Common Wealth Award, and lifetime achievement awards from the Overseas Press Club, the American Society of Magazine Editors, and Time, Inc. Nachtwey has also received the Dresden Prize for his work in violence prevention and Spain’s prestigious Princess of Asturias Award for Communication. Nachtwey has also received honorary degrees from Dartmouth, Massachusetts College of Art, San Francisco Art Institute, and St. Michael’s College.

During his time as a Montgomery Fellow, Nachtwey delivered a public lecture about his career and specifically, his experiences in Afghanistan in 1996 and 2001. A number of his photos were on display in Dartmouth’s Hood Museum of Art as well. In 2014, Nachtwey served as a Fellow for the Gender Research Insitute at Dartmouth, and in 2016, he was a provostial fellow. During his provostial fellowship, Dartmouth’s Hood Museum of Art acquired the complete archive of Nachtwey’s work, which contains more than 500,000 images taken by Nachtwey over the course of his career. During the acquisition, Nachtwey helped catalogue the archive, lecture, teach, and collaborate with faculty and museum staff in ways to enrich academic pursuits on campus. 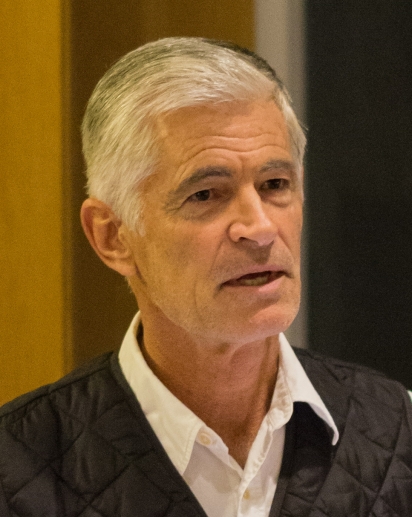