James Woolsey served as Director of the Central Intelligence Agency for two years during the Clinton Administration, and has served in the U.S. government in a number of positions including, Ambassador to the Negotiation on Conventional Armed Forces in Europe, Vienna, Under Secretary of the Navy, General Counsel to the U.S. Senate Committee on Armed Services, and Advisor on the U.S. Delegation to the Strategic Arms Limitation Talks, Helsinki and Vienna. Woosley also served as Delegate at Large to the U.S.-Soviet Strategic Arms Reduction Talks and Nuclear and Space Arms Talks, Geneva. More recently, Woosley stepped down from President-elect Donald Trump’s transition team amidst controversy around Russia’s alleged hacking during the 2016 Presidential Election.

As a lawyer, Woosley’s practice has been in the fields of civil litigation, alternative dispute resolution, and corporate transactions; increasingly his practice has been international. He has served as counsel for major American and overseas corporations in both commercial arbitration and the negotiation of joint ventures and other agreements, and he serves regularly as a neutral arbitrator and mediator in commercial disputes between major companies.

Woolsey’s Montgomery Fellowship was part of the lecture series, “Intelligence: The Need to Know,” during which he delivered the lecture, “The War on Terror – Why We’re In It and How We Should Fight It.” 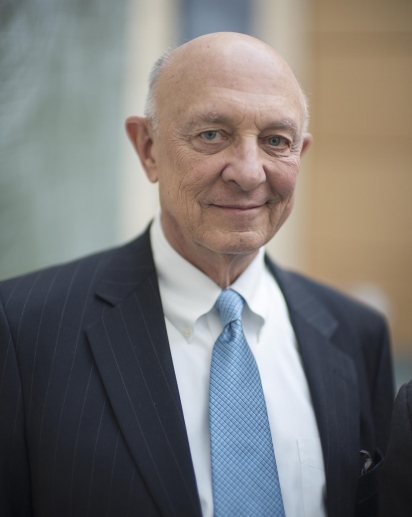