Jessica Tuchman Mathews is a distinguished fellow at the Carnegie Endowment for International Peace (CEIP), a foreign policy think thank. She assumed this position after serving as CEIP’s president for eighteen years. Prior to her work with the CEIP, Mathews held a variety of government positions, in the nonprofit sector, and in journalism and science policy. An expert on issues such as nuclear proliferation, conventional arms sales policy, chemical and biological warfare, human rights and international environment, Mathews has served on the National Security Council in the White House and on numerous scientific and political committees. Mathews has also served on the Washington Post’s editorial board and eventually became a weekly columnist. For a time, Mathews was Vice President and Director of Research of the World Resources Institute, a policy research center which works on issues of national and international significance concerning management of natural resources and the environment. She was also a Senior Fellow at the Council on Foreign Relations, during which time, Mathews published her major work, “Power Shift,” which appeared in Foreign Affairs and was named one of the journal’s most influential articles in its seventy-five years. In 1993, she was Deputy to the Undersecretary of State for Global Affairs. Additionally, Mathews is a member of Harvard University’s senior governing board, the Harvard Corporation, was a trustee of the Nuclear Threat Initiative, and has served on the boards of Radcliffe College, the Rockefeller Foundation, the Century Foundation, the Joyce Foundation, and the Brookings Institution. Mathews also co-founded the Surface Transportation Policy Project, is an elected fellow of the American Philosophical Society, and is a director of Hanesbrands Inc. In addition to her activism and service, Mathews has authored several articles and a few books. 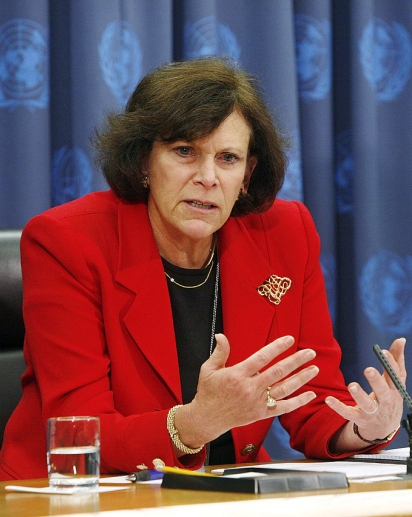