Jill Ker Conway is an Australian-American author and professor, best known for her memoirs. Her first memoir, The Road from Coorain, was a best-seller. In 1975, Conway became Smith College’s first female president and was named Woman of the Year by TIME magazine. She served ten years as president and focused her efforts on helping students from families on welfare afford their college education. After her stint at Smith, Conway became a Visiting Scholar and Professor in the Massachusetts Institute of Technology's program in Science, Technology and Society. In 2012, Nike established the Jill Ker Conway Fellowship Fund in honor of Conway, who served on Nike’s board of directors for more than twenty years. The fund supports one doctoral student in an effort to highlight women’s rights in the world of business. In that same year, Conway received the National Humanities Medal from President Barack Obama. In addition to her time as a Montgomery Fellow, Conway visited Dartmouth in 1990 to deliver the Commencement address and receive an honorary degree. 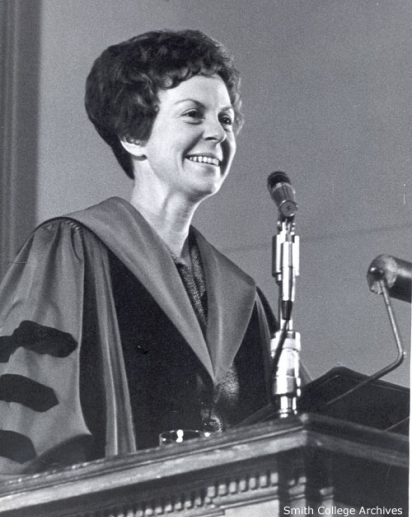