John Abizaid is a retired four-star General in the United States Army and the former Commander of the United States Central Command (CENTCOM) directing the operations in a 27-country region from the Horn of Africa, the Arabian Peninsula, South and Central Asia to the Middle East. Recognized as an expert in the field of Middle Eastern affairs he is the first Annenberg Distinguished Visiting Fellow at Stanford's Hoover Institute. He is also the Distinguished Chair of the Combating Terrorism Center at West Point and sits on the boards of both RPM International and the Defense Ventures Group. Abizaid is a decorated General and has been awarded the Defense Distinguished Service Medal, the Distinguished Service Medal, the Defense Superior Service Medal, the Legion of Merit, and the Bronze Star, among several others. He also has received awards from many countries including Germany, France, Australia, and Egypt. Abizaid serves as a Director of the George Olmstead Foundation, as a Senior Advisor with the Preventive Defense Project, and as a member of the Council on Foreign Relations and the International Institute for Strategic Studies.

Abizaid’s Montgomery Fellowship was part of the fall series, “America 2008: Perspectives and Reflections.” During his time on campus, he delivered the lecture, “The United States and the Middle East: Strategic Choices for the Way Ahead” and engaged with students and faculty in other settings. In 2009, Abizaid returned to Dartmouth to receive an honorary Doctor of Laws degree. 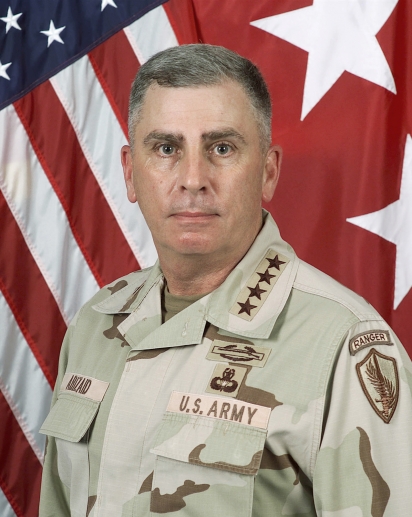