Johnnetta Cole is an anthropologist, educator, and museum director. Cole’s educational love affair with cultural anthropology and her passion for women's studies endeared her to Spelman College in Atlanta, the nation's oldest, private, liberal arts college for black women. She became its first African-American woman president in 1987, a post, which she relinquished in 1997. She also was as Bennett College for Women’s president from 2002-2007. Since 2009, Cole has served as the Director of the Smithsonian Institution’s National Museum of African Art. Cole's entire career thus far spans significant scholarship and distinguished administration. She rose through the ranks from Assistant Professor to Professor in the Departments of Anthropology and Afro-American Studies at the University of Massachusetts, has been a professor of anthropology and director of the Latin American and Caribbean Studies Program at Hunter College, and served as Associate Provost for Undergraduate Education at the University of Massachusetts. She also held visiting professor appointments at Washington State University, UCLA, Oberlin and Williams. Throughout her career, Cole has been an advocate for people of color and women everywhere, and in 2013, she earned the highest citation of the International Civil Rights Center & Museum, the Alston-Jones International Civil and Human Rights Award. Additionally, Cole is the recipient of numerous honorary degrees, including one from Dartmouth, has published widely, and has served on numerous prestigious boards, including Coca Cola and United Way of America. 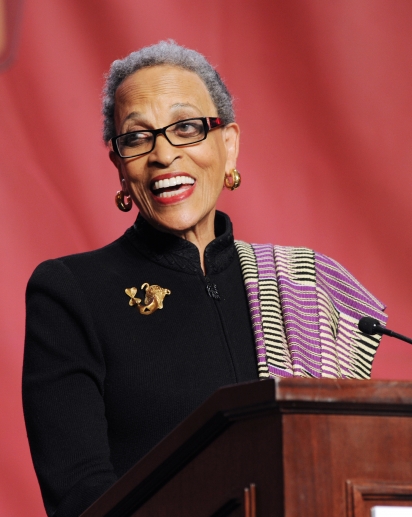