Juan de Marcos González is a Cuban musician and bandleader best known for his work with the Grammy Award-winning Buena Vista Social Club and the Afro-Cuban All Stars. The music he produces combines a number of styles, including classic son montuno, contemporary timba, swinging big band guarjira, Afro-Cuban jazz danzon, and the tribal rhythms of abakua bolero. In addition to his ensembles’ work, González has served as a musical arranger and producer for a number of other artists, including Ibrahim Ferrer and Rubén González. González came to Dartmouth as part of the Montgomery Endowment’s series “Making Movies, Making Music.” While on campus, he shared his thoughts on the burgeoning Latin music scene, hosted a viewing of the Academy Award-nominated documentary Buena Vista Social Club, and engaged with students and faculty over meals and in a number of other settings. 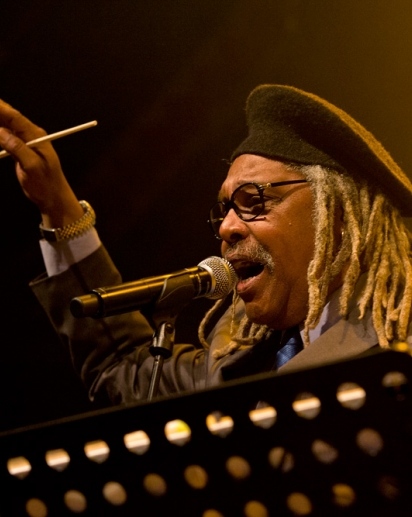