Juan Williams is one of the most respected political correspondents in the U.S., known for his balanced understanding of American politics and diversity and his outspoken views on a variety of issues including contemporary African American culture. He is a senior correspondent for National Public Radio, former political columnist for The Washington Post, and host of NPR’s “Talk of the Nation.” Williams is also the host of America’s Black Forum, a senior political analyst for Fox Television, and a regular panelist for “Fox News Sunday.”

Additionally, Williams is the author of multiple books including Eyes on the Prize, the biography, Thurgood Marshall: American Revolutionary, I’ll Find a Way or Make One: A History of Historically Black Colleges and Universities, and Enough. His writing has appeared in several magazines including Fortune, Time, GQ, The Atlantic Monthly, and The New Republic. Williams has also made a number of television appearances on programs such as ABC’s Nightline, The Oprah Winfrey Show, and PBS’s Washington Week. His television documentaries, including Politics: The New Black Power, Riot to Recovery, Civil Rights and The Press, Dying for Healthcare, and A. Philip Randolph: For Jobs and Freedom have received critical praise, and two of his books, Eyes on the Prize: America’s Civil Rights Years, 1954-65 and This Far by Faith are companions to PBS series.

Throughout his career, Williams has received a number of awards for his writing and investigative journalism, including an Emmy in 1989. He also has won the Washington-Baltimore Newspaper Guild’s Front Page Award, was named Columnist of the Year by the Washingtonian, and received the Outstanding Memorial Book award from the Myers Center for the Study of Human Rights in the United States. Time magazine also awarded Williams the Best National Book award. Williams has received honorary degrees from a number of colleges and universities including Lafayette College, Wittenberg University, Long Island University, and Haverford College.

Williams came to Dartmouth as part of the Montgomery series, America in 2008: Commentators and Cartoonists, and delivered a lecture titled “The Changing Face of America: Money, Race and Age in the New Century.” He also met with students and faculty in a variety of venues. 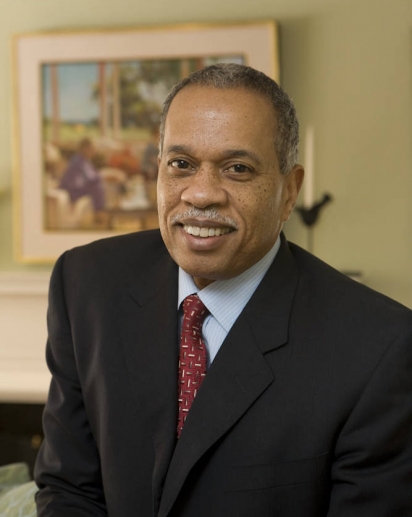