Kurt Vonnegut Jr. was an American novelist known for combining science fiction, social satire, and black comedy in his novels. He had a prolific career during which he wrote 14 novels, three short story collections, five plays, and five works of non-fiction. His most famous work, however, is his satirical 1969 novel, Slaughterhouse Five, which shot to the top of the New York Times bestseller list and launched Vonnegut into literary fame.

With the fame that Slaughterhouse Five brought him, Vonnegut was often in demand and traveled significantly, delivering lectures and commencement addresses. He also taught at both Harvard and the City University of New York. Vonnegut was elected vice president of the National Institute of Arts and Letters, and named honorary president of the American Humanist Association, which works to advance secular humanism and ethics. He also earned several honorary degrees including those from Indiana University and Bennington College.

In much of Vonnegut’s writing, his themes spring from his contemplation of 20th-century horrors: dehumanization in a technological society in Player Piano and Cat’s Cradle, and the random destructiveness of modern war in Slaughterhouse Five. Although his work has been criticized as simplistic, it has equally often been praised for its comic creativity. 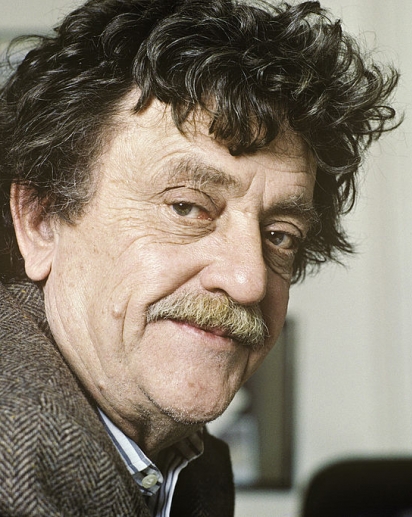