Louise Erdrich, a Dartmouth alumna from the class of 1976, is one of the United States' most acclaimed contemporary writers. Her works include novels, poetry, short stories, a textbook on writing, and children's books.

The first book, Love Medicine, won her the National Book Critics Circle Award in 1984. Toni Morrison wrote of the novel that its "beauty... saves us from being devastated by its power." Through a narrative technique that eschews chronology and privileges a cyclical view of the past, Love Medicine succeeded in weaving together strands of Ojibwe history in a style that became her hallmark.

In her works, Erdrich tackles topics that include the interrelations of generations, the intermingling of ancient and contemporary voices, the loves and losses of proud and courageous women and men, and the intersection of the magical past and the hardscrabble, desperate, and politically tumultuous present.

Since her success with Love Medicine, Erdrich has received several other awards including a Guggenheim Fellowship, the National Book Award, the Library of Congress Prize for American Fiction, the World Fantasy Award, and the Pushcart Prize in poetry. In 2009, Erdrich received an honorary doctorate from Dartmouth and delivered the commencement address.

Most recently, in response to her latest novel, LaRose, Philip Roth, a 1992 Montgomery Fellow, had this to say: "She is, like Faulkner, one of the great American regionalists, bearing the dark knowledge of her place, as he did his. She is by now among the very best of American writers." 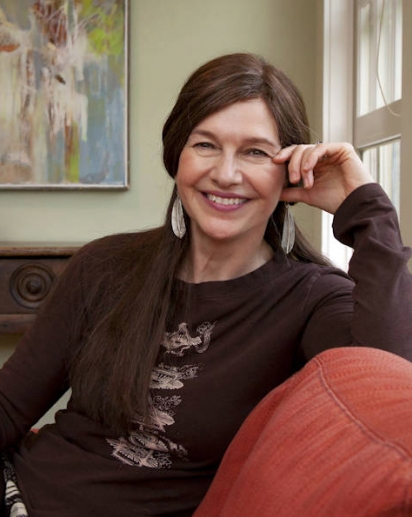