Lucille Clifton was an American poet, historian, children's author, memorist, and professor. During her prolific career, she received numerous awards and honors. Blessing the Boats: New and Selected Poems, 1988-2000 won the National Book Award for Poetry, and she was nominated twice in the same year for the Pulitzer Prize for poetry. From 1979-1985, Clifton was the Poet Laureate of Maryland, and she also received two Creative Writing Fellowships from the National Endowment for the Arts and a grant from the Academy of American Poets. The American Poetry Review awarded Clifton with the Jerome J. Shestack Prize, and her children’s book, Everett Anderson’s Good-bye, won the Coretta Scott King Award. Clifton earned the 2007 Lilly Poetry Prize, which honors the lifetime achievements of living U.S. poets, and posthumously, she received the Robert Frost Medal from the Poetry Society of America for her outstanding contributions to poetry.

Some of Clifton’s best-known poems are “homage to my hips,” “homage to my hair,” and “homage to my lips,” which all highlight the power, pride, and freedom of the black body and comment on race relations in the U.S.

In addition to her work, Clifton spent many years as an educator, teaching at the University of California Santa Cruz, Columbia University, and was Distinguished Professor of the Humanities Emerita at St. Mary's College of Maryland. She also served as Chancellor of the Academy of American Poets.

Two years prior to her Montgomery Fellowship, Clifton received an honorary degree from Dartmouth for her contributions to the arts. During her time as a Montgomery Fellow, Clifton held a reading of her poems followed by a discussion, and engaged with students and faculty in a variety of settings. 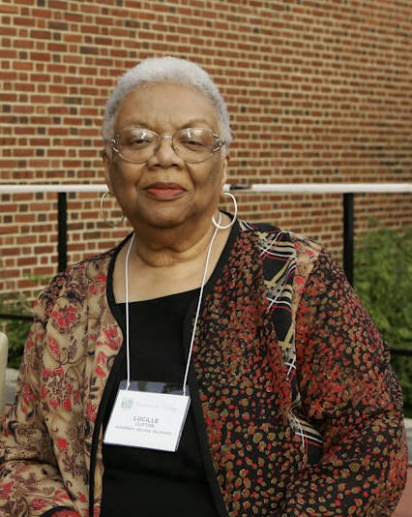