Madeleine Kunin is an American diplomat and politician, who served for six years as Governor of Vermont and was the first woman in U.S. history to be elected Governor three times. During her tenure as Governor, Kunin realized significant achievements in the areas of the environment, education and children's services. She was chosen to chair the National Governors' Association Committee on Energy and the Environment and was vice chair of a special task force on Global Warming. Kunin co-chaired the Democratic National Convention's Platform Committee in 1988, and from 1996 to 1999, she served as the U.S. Ambassador to Switzerland. Kunin appointed the first woman to the Vermont State Supreme Court, and she created the family court system, advocating strongly for children. As a member of President Bill Clinton’s administration, Kunin served as the U.S. deputy secretary of education. Currently, Kunin is a visiting professor of political science at the University of Vermont. Additionally, Kunin serves as a commentator for Vermont Public Radio and is a founder and board member of the global Institute for Sustainable Communities (ISC), a nongovernmental organization focused on climate change and civil society.

In recognition of her work, Kunin has received honorary degrees from several institutions and earned the International Center in New York’s Award of Excellence. She also received the Foreign Language Advocacy Award from the Northeast Conference on the Teaching of Foreign Languages for her support of education, equal access for children, and equitable salaries for teachers.

In addition to her political and community work, Kunin has authored three books: The New Feminist Agenda: Defining the Next Revolution for Women, Work, and Family (2012), Pearls, Politics, and Power: How Women Can Win and Lead (2008), and Living a Political Life (1995).

Years after her time as a Montgomery Fellowship, Kunin most recently visited Dartmouth in the fall of 2012 to deliver a talk about her book, The Feminist Agenda. 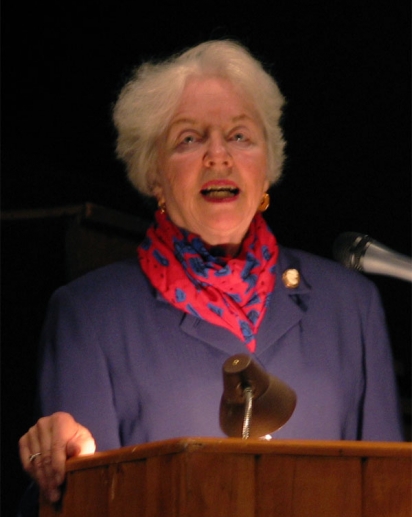