Mae Jemison is an astronaut, medical doctor, and engineer, and became the nation's first black female astronaut when she flew into orbit on board the Space Shuttle Endeavour in 1992. While in space, Jemison was charged with conducting experiments on weightlessness and motion sickness. Joining NASA’s space program in 1987, Jemison also worked as a mission specialist in STS-47, Spacelab-J, a cooperative mission between the United States and Japan to conduct experiments in life sciences and material processing. Prior to her involvement in NASA, Jemison practiced medicine and eventually spent four years with the Peace Corps in Sierra Leone and Liberia. After her time in the Peace Corps, Jemison founded the Jemison Group: a research company that seeks to develop and market advanced technologies. She also founded the Dorothy Jemison Foundation for Excellence, named in honor of her mother. One of the branches of this foundation is the international science camp, The Earth We Share, during which students collaborate to solve global challenges and problems through experiential learning. These camps are held all over the world, including Dartmouth’s campus. Jemison has also appeared on Television as the only real space traveler on Star Trek: The Next Generation. In recognition for her many accomplishments and contributions, Jemison has received numerous honors and awards, including honorary degrees from Dartmouth College, Princeton University, Harvey Mudd College, and Rensselaer Polytechnic Institute, and having several institutions bear her name. She has also received the Essence Science and Technology Award, the Ebony Black Achievement Award, and was once named Gamma Sigma Gamma Woman of the Year. Jemison has been a member of the American Medical Association, the American Chemical Society, and the American Association for the Advancement of Science, and she has served on the advisory committee of the American Express Geography Competition. 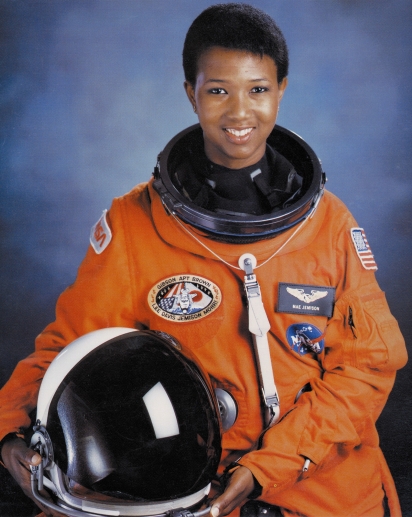