Mark Brzezinski, Dartmouth Class of 1987, is an American lawyer who served as the Ambassador to Sweden from 2011-2015 under President Barack Obama. In that capacity, he developed a reputation for engaging both international policymakers and the public around issues of climate change and the Arctic—producing a series of videos for the general public, also entitled “Our Shared Arctic,” which are available on the embassy website and on YouTube. These short productions explore the science and societal impact of climate change in the North. Because of his deep engagement with the climate, Brzezinski was appointed to serve as Executive Director of the U.S. Government’s Arctic Executive Steering Committee (AESC) after his service as Ambassador. Prior to assuming the post of U.S. Ambassador to Sweden, Mr. Brzezinski was a partner in a Washington D.C. law firm, specializing in anti-corruption law. He served as a Director on the National Security Council in the White House from 1999-2001, coordinating interagency policy formation and advising the U.S. President and National Security Advisor on issues relating to Russia, Eurasia and the Balkans, including regional democracy promotion, international law, and war crimes accountability. In this capacity he helped lead US policy implementation in relation to NATO enlargement and in response to the Kosovo conflict. Mr. Brzezinski has served as a member of the J. William Fulbright Foreign Scholarship Board and the Council on Foreign Relations. He is the author of The Struggle for Constitutionalism in Poland and of numerous articles on foreign policy and law.
Brzezinski returned to Dartmouth during a Montgomery Endowment focus on Climate Change and Society, for which he delivered the lecture, “#OurSharedArctic: U.S. Embassy Sweden and Modern Diplomacy.” 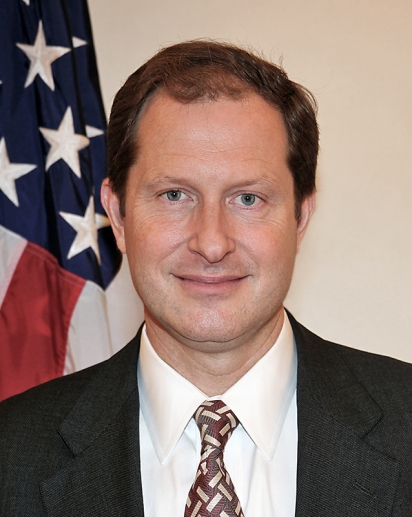