Marlui Miranda is a singer, composer, and researcher, who has studied the musical traditions of the Brazilian Amazon Indians for two decades, and is widely recognized as the consummate performer of Amazon indigenous music. She was awarded the Cultural Merit Medal from the Ministry of Culture last December by President Fernando Henrique Cardoso, in acknowledgment of her contribution to the preservation and diffusion of indigenous culture. Miranda has interpreted and adapted traditional chants and songs from many Brazilian Indian nations, has recorded, performed and toured with leading Brazilian musicians including Milton Nascimento, Gilberto Gil, Egberto Gismonti and Nana Vasconcelos, and composed music for movies, documentaries, television series and plays. She worked as music supervisor and soloist in Saul Zaentz/Hector Babenco's At Play in the Fields of the Lord and Luís Alberto Pereira's "Hans Staden" feature films. For her work, Miranda has won Guggenheim and Rockefeller Foundation grants and a German Phono Academy Award. 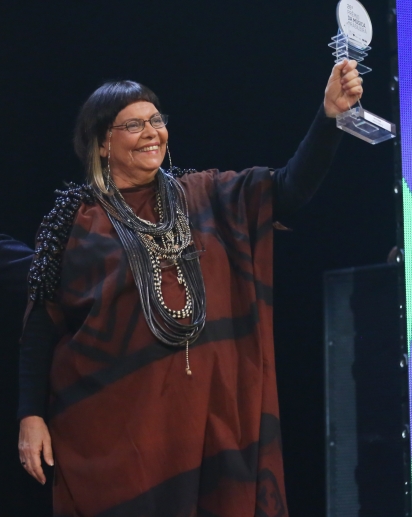