Mary Good is a chemist whose career has included academic, industrial, and government service and the publication of over one hundred articles. Good’s teaching career began at Louisiana State University, New Orleans, where she was the first woman to earn the Boyd Professorship of Chemistry. After a time in industrial chemistry, Good joined the University of Arkansas at Little Rock as the Donaghey University Professor. She then was the founding dean of the George W. Gonaghey College of Engineering and Information Technology and was named Dean Emeritus upon her retirement.

Good worked for the administrations of four presidents as well. Under Jimmy Carter and Ronald Reagan, she served on the National Science Board of the National Science Foundation, where she was the first woman to ever chair the board. George H. W. Bush appointed her to the President’s Council of Advisors on Science and Technology, and under Bill Clinton, Good served as Under Secretary for Technology in the Department of Commerce. During this time, Good led research devoted to developing a hybrid gas-electric car as part of the Clean Car Initiative.

For her outstanding work in the sciences, Good has received many honors, including the Agnes Fay Morgan Research Award from Iota Sigma Pi and both the Garvan and Priestley Medals from the American Chemical Society (ACS). Industrial Research & Development Magazine named her “Scientist of the Year”. Good became the first woman elected to the board of the American Chemical Society and twice served as its board chairman and once as its president. In 2000, Good became president of the American Association for the Advancement of Science (AAAS).

During her time at Dartmouth, Good delivered a lecture on the relationship between chemistry and society, visited several chemistry classes at the undergraduate and graduate level, and engaged with students and faculty in a variety of other settings.

UCA alumnae are inductees in Arkansas Women’s Hall of Fame 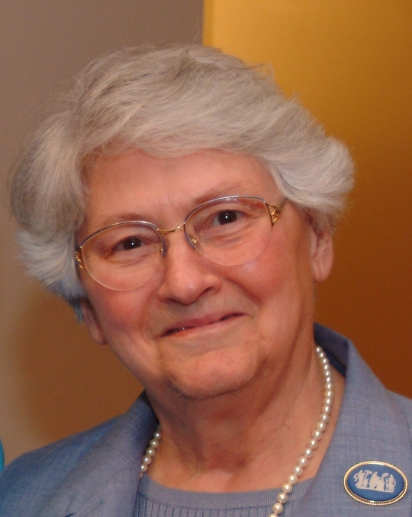