Merce Cunningham was one of America’s most influential and revered dancers, choreographers, and teachers. After forming his own dance company in 1953, Cunningham choreographed nearly 200 works for it, profoundly influencing modern dance and the performing arts.

Cunningham’s career was marked by his collaborations with contemporary visual artists and musicians, especially with the composer John Cage, his life partner from the 1940s until Cage’s death in 1992, and with the celebrated contemporary artist Robert Rauschenberg. For his constant innovation and influence, Cunningham was awarded some of the arts' highest honors, including the National Medal of Arts, the MacArthur Fellowship, Japan’s Praemium Imperiale, and a Laurence Olivier Award from the Society of London Theatre.

During his Montgomery Fellowship, Cunningham was honored at the Hood Museum, which created an outdoor film exhibition with his film, Channels/Inserts. His dance company also premiered XOVER, a work commissioned by the Hopkins Center. 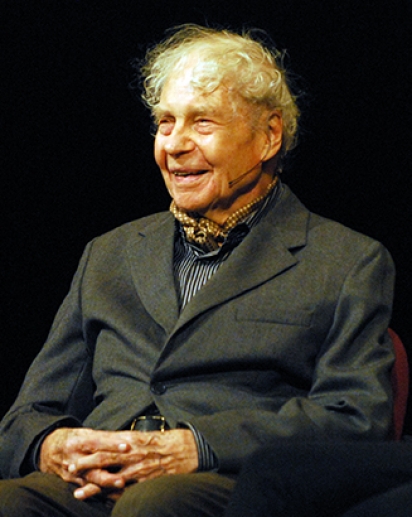