Author and former Wall Street Journal staff writer Alex Kotlowitz is in residence summer term as a Montgomery Fellow. He delivered a public lecture, “The House of Secrets: Storytelling and Human Rights,” on July 22, and a day earlier spoke to high school students participating in the Summer Enrichment at Dartmouth (SEAD) program. He is also teaching an undergraduate English course, “Telling Stories: The Art of Non-Fiction Writing.” 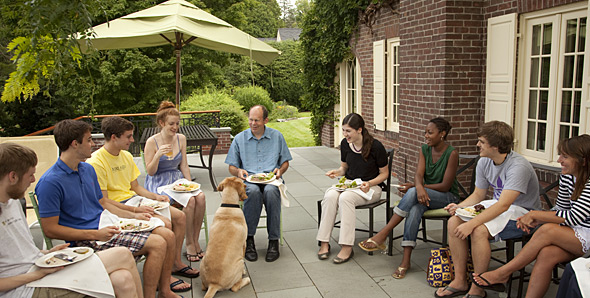 Kotlowitz is best known for his books There Are No Children Here: The Story of Two Boys Growing Up in the Other America, The Other Side of the River: A Story of Two Towns, and Never a City So Real. His work has appeared in The New Yorker, The New York Times Magazine, and the Washington Post, among other publications, as well as on public radio’s This American Life and PBS. With Steve James, he is currently producing a documentary on urban violence to air on PBS’s Frontline early next year.

Kevin Niparko ’12, a government major from Towson, Md., calls Kotlowitz’s course an “incredible experience,” filled with “revealing insights into journalism and the story-telling techniques he’s picked up throughout his career, such as scene-by-scene construction. With this technique, the writer can construct a fuller, more accurate image of the characters and action involved.”

Elizabeth Faiella ’12, a history major from Northwood, N.H., who plans to be a journalist, says, “One of the biggest themes in Professor Kotlowitz’s class has been writing honestly. He reminds us to steer clear of too much cleverness in our writing, which could get in the way of the story. He really challenges us to find the essence of the story we want to tell.”

Kotlowitz spoke with Dartmouth Now in July about writing, teaching, and journalism. 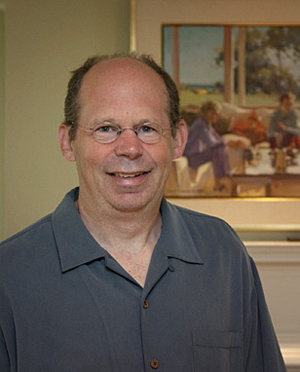 Author and journalist Alex Kotlowitz in Dartmouth's Montgomery House, where he is living during his summer-term campus residency. (Photo by Joseph Mehling ’69)

Social awareness: After struggling through organic chemistry, the New York City native left college for a semester and worked at a settlement house in Atlanta. “It was on the south side of the city, which was then the second-poorest census tract in the country. It was my first exposure to the kind of deep and profound poverty that I wrote about in There Are No Children Here. …When I was working at the Wall Street Journal I had this notion of going back to Atlanta to find some of the kids I’d worked with, but it just wasn’t practically possible at the time. So I did the next best thing, which was to find a similar community in Chicago, and that’s what led to my first book.”

Writing: “I write a lot about race and poverty. But the way I characterize my writing is that it’s about fissures in the landscape. Whether it’s about race, poverty, immigration, or religion, there’s no dearth of material, that’s for sure.”

In the classroom: “Dartmouth students are just incredibly engaged. I've had to re-evaluate my syllabus because they get so engaged in the conversations that I realized I haven't set enough time aside to discuss the readings that were assigned.”

Must read: “Beneath the Lion’s Gaze by Maaza Mengiste. It’s a beautiful, extraordinary tale of the period right after Emperor Haile Selassi was deposed in Ethiopia and the troubling aftermath. It’s an incredible novel and a harrowing tale.”

The Internet and journalism: “What has me most deeply concerned is the future of American newspapers. I think the question that remains unanswered is: Can a democracy thrive, let alone survive, without a really rigorous, independent press? I don’t really know how it will turn out. In fact, I’m in the midst of putting together a documentary film about this because it’s a real concern for me as well as others. …Part of the problem with the Internet is you don’t know what to believe. People become less and less skeptical. And people want to believe that which matches their own preconceptions. Ironically, it’s opened things up in some ways but it’s also really narrowed each of our prisms onto the world.”

Established in 1977, Dartmouth’s Kenneth and Harle Montgomery Endowment provides for "the advancement of the academic realm of the College" in ways that enhance the educational experience, in particular that offered to undergraduate students.