The Kenneth and Harle Montgomery Endowment presents a lecture series on food entitled “Tell Me What You Eat, I’ll Tell You Who You Are” throughout the month of February. The series features three Montgomery Fellows—Calvin Trillin, Ruth Reichl, and Dan Barber—who will each be in residence for a week and present a public lecture, as well as visit classes and interact with students and faculty.

Dan Barber, founder and chef at Blue Hill in Greenwich Village, which has been dedicated to promoting local farm communities since its opening in 2000, presents the final lecture in the series, “Cultivating Flavor: A Recipe for the Recipe,” on Tuesday, February 22, at 4:30 in Filene Auditorium in Moore Hall.

“Questions concerning the ecology of food consumption and production, the cultural practices of eating, and the slow food and locavore movements are of considerable interest to many Dartmouth students,”says Richard Stamelman, executive director of the  Montgomery Endowment. “The series’ three Fellows practice a variety of approaches to such questions,” he notes. “One writes about American vernacular and regional food (Calvin Trillin), another ties the preparation of food and the realities of restaurant culture to the everyday experiences of her life as a cook and critic (Ruth Reichl), and a third created his own local farm in Westchester County, N.Y., so as to supply his Greenwich Village restaurant with the freshest and most natural ingredients (Dan Barber).” 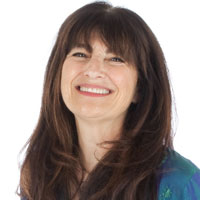 The first Montgomery Fellow in the series, Calvin Trillin, visited the College from Monday, January 31, to Friday, February 4. An acclaimed writer, novelist, essayist, political poet, memoirist, and humorist, Trillin has written extensively for The New Yorker, The Nation, and Time, and published 26 books on politics, race, personal experiences, and, notably, food. In Tummy Trilogy, a compilation of his previous works America Fried, Alice, Let’s Eat, and Third Helpings, Trillin explores American customs and practices of eating with a comical bent that led Craig Claiborne to name him “the Walt Whitman of American eats.” Trillin gave a free, public lecture, “Eating With the Pilgrims” on Tuesday, February 1, at 4:30 p.m. in Filene Auditorium in Moore Hall. 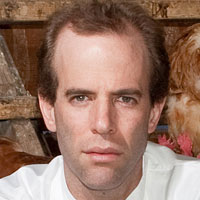 Chef Dan Barber will give his lecture on Tuesday, February 22. (photo by Andrew Hetherington)

The Montgomery lecture series also features Random House editor-at-large Ruth Reichl, the former restaurant critic of The New York Times and editor-in-chief of Gourmet from 1999 until it ceased publication in 2009. Her lecture, “Eating our Words,”  took place on Tuesday, February 8 in Filene Auditorium in Moore Hall.

Established in 1977 through the generosity of Mr. and Mrs. Kenneth F. Montgomery (Dartmouth Class of 1925), the Kenneth and Harle Montgomery Endowment was created "to provide for the advancement of the academic realm of the College in ways that will significantly add to the quality and character thereof, making possible major new dimensions for, as well as extraordinary enrichments to, the educational experience offered primarily to undergraduate students within the Dartmouth community."