Oscar Arias Sánchez is a politician and peace activist who served as Costa Rica’s president twice: 1986-1990 and again from 2006-2010. In 1987, he received the Nobel Peace Prize for his continuing efforts to bring peace to Central America. He devoted the monetary award accompanying the Nobel Prize to the creation of the Arias Foundation for Peace and Human Progress, established to continue promoting the welfare of the neediest sectors of society, and his efforts toward peace, development and democracy. Arias has also been awarded the Albert Schweitzer Prize for Humanitarianism. He is a trustee for Economists for Peace and Security and serves on the Board of Directors of the International Criminal Court’s Trust Fun for Victims. Arias has received numerous honorary degrees from colleges and universities as well, including those from Harvard University, Dartmouth College, Princeton University, Ithaca College, and Oberlin College. 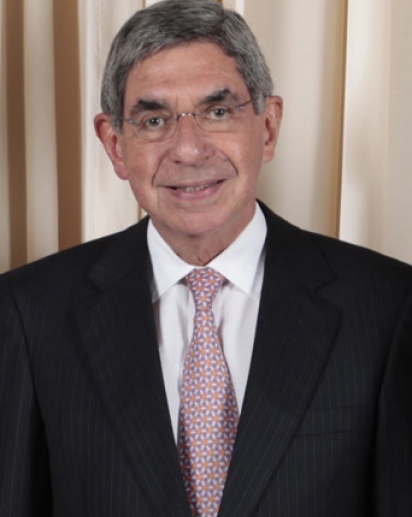