Peter Sellars is a visionary director of opera, theatre, and film, most famous for his contemporary stagings of classic works. Earning a MacArthur Fellowship at the age of twenty-six, Sellars has been a force in the arts for decades, pushing conventions and combining traditions to offer unique artistic experiences all over the world.

Throughout his career, Sellars has staged operas, film, and theater productions, generated new interpretations of classic works, promoted contemporary pieces, and featured new works, frequently in collaboration with the composer John Adams. Their work together includes the operas Nixon in China, The Death of Klinhoffer, and Doctor Atomic.

For his unique blending of European and American cultural traditions, Sellars was awarded the Erasmus Prize in 1998, and in 2005, he received The Dorothy and Lillian Gish Prize, which is given annually to "a man or woman who has made an outstanding contribution to the beauty of the world and to mankind's enjoyment and understanding of life.” In 2014, Sellars earned Sweden’s Polar Music Prize for his work in the field of opera and music production. He has served as artistic director of the Boston Shakespeare Company, The American National Theatre, two of the Los Angeles Festivals, and the Elitch Theatre for Children in Denver. He is also a fellow at the American Academy of Arts and Sciences and is currently a professor at UCLA.

During his time as a Montgomery Fellows, Sellars visited several film, music, and theatre classes to work with students, gave a public lecture, offered a master class for performing arts students, and attended a rehearsal of the Department of Theatre’s production of The Grapes of Wrath. Sellars’ visit to Dartmouth was also part of Class Divide, the Hopkins Center for the Arts’ programming initiative, which examined the issue of class through the arts. Additionally, Sellars curated a film series inspired by the 2006 New Crowned Hope, a month-long arts festival in Vienna, for which Sellars served as artistic director.

Acclaimed director Peter Sellars to speak Feb. 10 on "New Crowned Hope: The Arts in the Age of Obama" 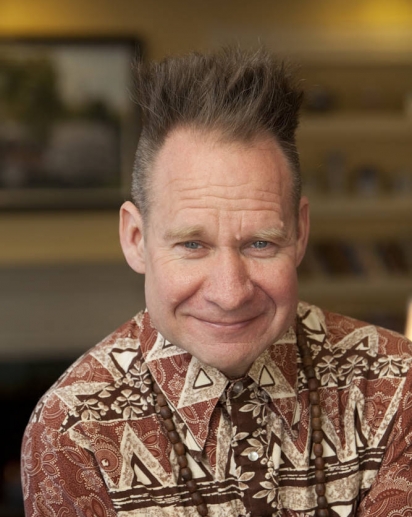