Philip Bobbitt is an American author, academic, and public servant, and is the Herbert Wechsler Professor of Federal Jurisprudence and director for the Center for National Security at Columbia Law School. Bobbitt served as Associate Counsel to President Jimmy Carter, for which he received the Certificate of Meritorious Service, Legal Counsel to the Iran-U.S. Committee in the U. S. Senate, Counselor for International Law in the State Department during the George H.W. Bush administration, and in the National Security Council under President Bill Clinton. He is among the leading theorists of military strategy, international security, and constitutional law. He is the author of several books including, Constitutional Fate: Theory of the Constitution, The Shield of Achilles: War, Peace, and the Course of History, and Terror and Consent: the Wars for the Twenty-first Century.

Bobbitt is a former trustee of Princeton University, a former member of both the Oxford Modern History Faculty and the King College of London War Studies Department. He is a fellow of the American Academy of Arts & Sciences, a life member of the American Law Institute, a member of the Pacific Council on International Policy, and a member of the Commission on the Continuity of Government. Before coming to Columbia, Bobbitt was the A.W. Walker Centennial Chari in Law at the University of Texas Law School and serves as a distinguished lecturer at the University of Texas. He has also served as a visiting professor at both Yale and Harvard Law Schools.

Bobbitt’s Montgomery Fellowship was part of the lecture series, “Intelligence: The Need to Know,” during which he delivered the lecture, “The Challenge of Terrorism: Crossing the Foreign/Domestic Divide.” 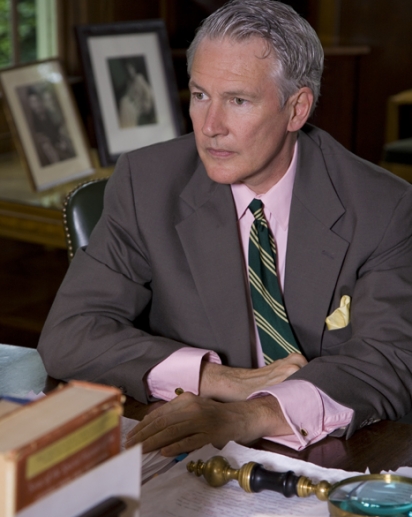