Pilobolus, named after a phototropic fungus, is a modern dance company that was founded by students at Dartmouth College in 1971 and is known for its whimsical and theatrical compositions that rely on collaborative choreography. Since its creation, Pilobolus has performed over one hundred works in more than sixty countries around the world. It has also performed at major events and venues including the 79th Academy Awards, The Olympic games, on Broadway, The Oprah Winfrey Show, Late Night with Conan O’Brien, and The Late Show with Steven Colbert.

Pilobous has received numerous awards including a Primetime Emmy Award for Outstanding Achievement in Cultural Programming, the Samuel H. Scripps American Dance Festival Award for Lifetime Achievement in Choreography, a Brandeis Award, a Berlin Critic’s Award, a Scotsman Award for performances at the Edinburgh Festival, and a Grammy nomination for interactive video in collaboration with OK Go, Google, and Trish Sie.

Pilobolus’ return to Dartmouth was marked by the world premier of B’zyrk, a Dartmouth-commissioned work, the unveiling of the Pilobolus dance archive in the Rauner Special Collections Library, and a lecture given by the artistic directors, a symposium on historicizing modern dance titled, “Leaving Tracks,” an exhibition of Pilobolus dance photographs at Dartmouth’s Hood Museum of Art, and a day of community dance workshops. 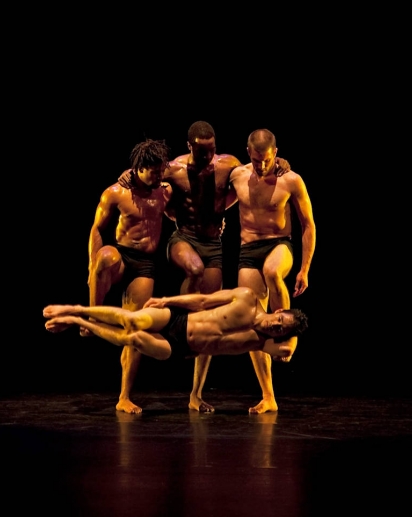